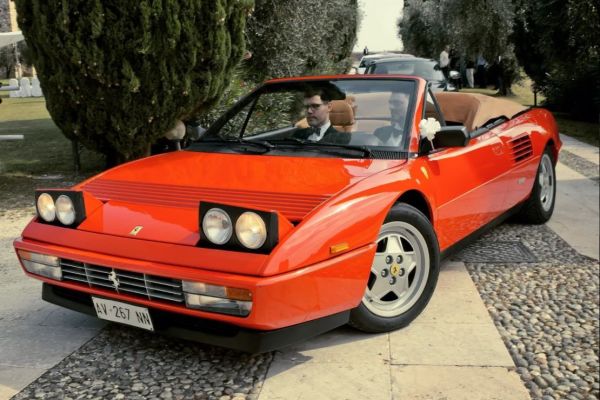 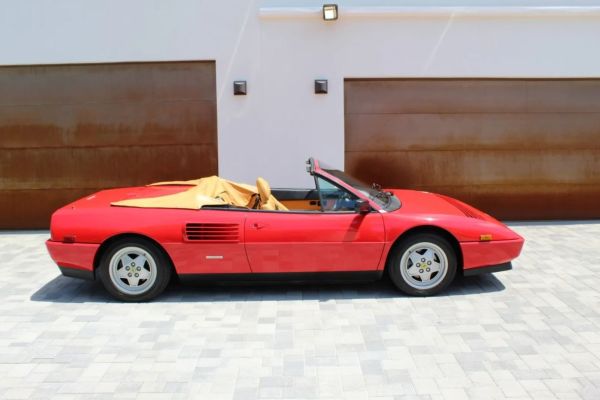 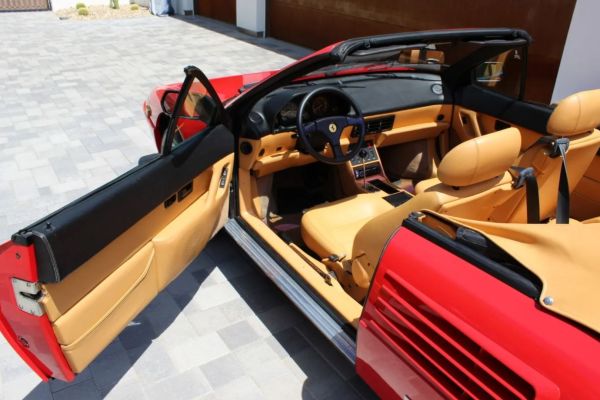 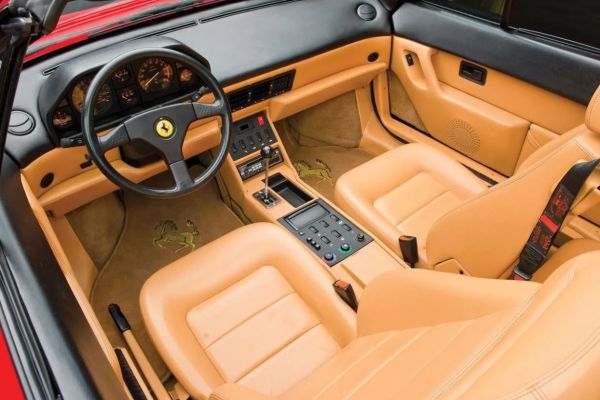 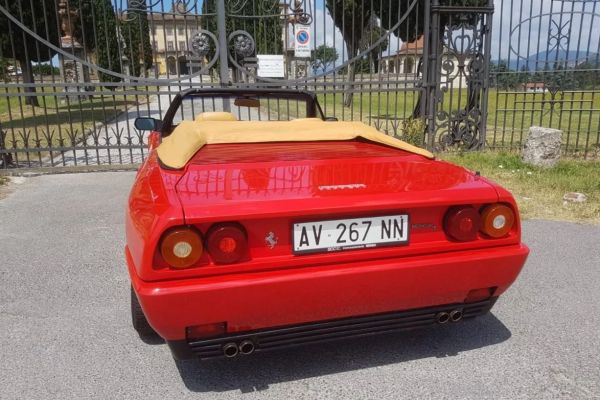 The Ferrari Mondial (F108) has been produced by the Italian house since 1980, a big sized (for a Ferrari)  2 + 2 was built designed by Pininfarina. The model contains some peculiarities, it was the only Ferrari 2 + 2 with rear engine in the history of the hause and anticipated a series of technical and stylistic innovations that characterized the reds of Maranello throughout the 80s and part of the 90s.

The engine was upgraded compared to the initial model from 2 to 4 valves per cylinder passing from 215 to 240 hp and versions with sunroof and convertible were added to the model range, much more appreciated by the clientele.

In 1985 a new aesthetic and mechanical restyling was made, the displacement grew to 3.2 with 270hp with improved and more efficient electronics, the bumpers with black bands were eliminated as a function of matching bumpers and the front nose was redesigned with a new one; the aluminum grille with the logo of the horse would equip various other models of those years, including the 328, testarossa and GTB-GTS.

The last evolution of the Mondial was in 1989 the "T" version, so called because of the new engine further increased in displacement from 3.2 to 3.4 with transverse gearbox.

This new engine boasted 300 hp, even more modern electronics with the elimination of the on-board computer and no longer mechanical but electronic injection management.

Considered the first Ferrari World Car, the Mondial obtained a great response from the public and was used both in grand-touring competitions and in cinema films. Al Pacino's driving scene in New York is very famous in the film "perfume of a woman", as well as as a "popemobile" on the occasion of John Paul II's visit to the Ferrari factories in 1988.