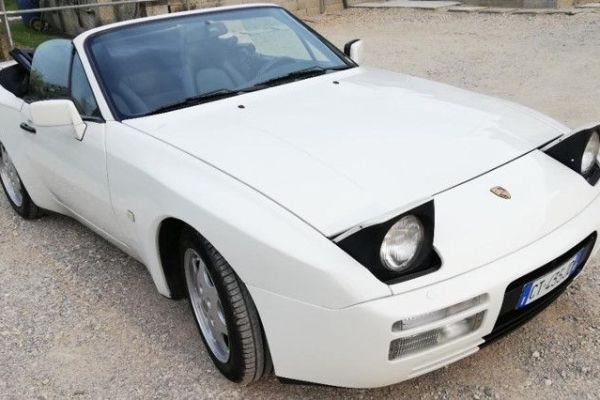 Porsche 944 S2 Cabriolet was born in 1976 as an evolution of the previous model, based on the aesthetics of the special 924 Carrera GT version, incorporating the widened fenders and the black rear wing.

The new 2479 cm³ engine, fueled by injection, was capable of delivering 163 HP and a maximum engine torque of 20.9 kgm and ensured excellent performance: top speed was 220 km / h, while acceleration from 0 to 100 km / h took place in just 8.4 seconds. The 944 S was launched in 1987, it was the aspirated version, equipped with a 4-valve cylinder head; the maximum power was 190 hp. On this occasion, all 944s underwent a slight restyling (new front bumper, new grille, new rectangular additional headlights).